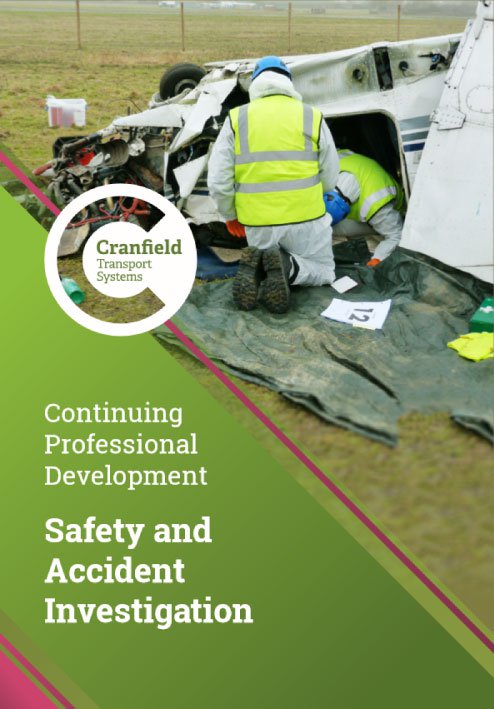 In 2011, we were awarded a Queen’s Anniversary Prize for research and training in aircraft accident investigation. And in 2013, our sustained corporate leadership in aviation safety was recognised by the Flight Safety Foundation.

Our courses are designed for the aviation, rail and marine transport sectors – although, increasingly, they are also used by other safety-critical industries. We offer both short courses and an innovative part-time postgraduate programme (PGCert, PGDip, MSc and PhD).

Our extensive range of continuing professional development (CPD) short courses provide insight and knowledge to support accident investigators – and many of them can be used towards our postgraduate qualifications.

We combine an intensely practical focus with academic rigour and our team has first-hand experience in managing civil and military operations, accident investigation, crashworthiness, design and certification and human factors.

One of the reasons that people come to Cranfield is because they get to work with the colleagues that they’ll work with for real – they learn about safety management with their peer group and share ideas with people from across the world.

Leading organisations choose us to deliver inventive solutions to their real-life problems or enhance their operational capabilities through research and training.


We bring together a world-class group of experts to share their experiences. 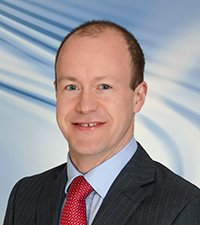 Graham holds a BSc (Hons) in transport management and planning and a PhD in aviation safety management from Loughborough University.

Graham joined Cranfield University in 2003 as the Director of the Safety and Accident Investigation Centre, was promoted to Head of the Department of Air Transport in 2006 and to Head of the Transport and Safety Engineering Division in 2013. He launched new multimodal investigation courses in 2004 and the world's first MSc for accident investigators in 2005.

Graham regularly speaks at international symposia and conferences and sits as the independent non-exec on the Thomson Airways Safety Review Board and as independent safety advisor to the British Airways Board. He is also a member of the Advisory Board for the Singapore Aviation Academy and chairman of the Investigator Education and Training Working Group of the International Society of Air Safety Investigators.

Graham is regularly called upon to provide expert advice on aviation safety from organisations including the news media, the aviation industry and the House of Commons Transport Select Committee.

Alan obtained a TEC Diploma in engineering from Cambridge College of Arts and Technology in 1982, before joining the Royal Navy as an artificer apprentice in 1984. Following a four-year apprenticeship, he specialised in aircraft propulsion and airframes, obtaining a BTEC Diploma in aircraft engineering in 1988 and a HND in aeronautical engineering in 1999, during a career spanning 26 years. Alan trained as an accident investigator at the Cranfield Safety and Accident Investigation Centre in 2006 and was awarded a PGCert in safety and accident investigation in 2010.

During his career, Alan has held a number of specialist engineering posts, which saw him working closely with all three of the UK’s armed forces in providing engineering support to predominantly rotary wing operations worldwide, both ashore and afloat. This included an appointment as an investigating officer at the Royal Navy Accident and Investigation Centre, which allowed him to develop his experience as a military aircraft accident investigator with a particular focus on the challenges of accident investigation in high-threat environments.

Having reached the rank of lieutenant commander, Alan retired from the Royal Navy in December 2010 to take up his post at Cranfield.

David has spent his entire career, spanning 25 years, in aviation. He graduated from Kingston University in 1994 with a bachelor's degree in aerospace engineering and his first foray into aviation safety followed when he joined the Flight Data Company in 1996 as a project engineer.

In 2000, David was employed by bmi (at the time British Midland) to establish and develop the airline's FDM programme. This included all technical aspects of FDM as well as union negotiations to create policies and protocols. In 2002, David was promoted to flight safety systems manager and in 2004, fight safety manager, responsible for the development of the airline's safety management system and accident prevention programme.

David was awarded a master’s degree with distinction in air safety management in 2008 at City University, London, and in September 2010 joined Flight Data Services as chief operating officer. He is a member of the International Society of Air Safety Investigators, the Royal Aeronautical Society and holds a private pilot’s licence. 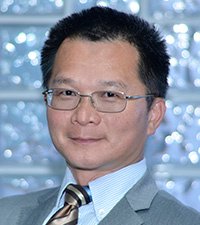 Wen-Chin holds a PhD in aeronautical decision-making training from Cranfield University. He is a registered member of the Ergonomics Society, and an aviation human factors specialist with the EAAP.

Wen-Chin won the 2007 Award of Excellence prize at the International Society of Air Safety Investigators (ISASI) Seminar in Singapore, and was the Aerospace System Group of Human Factors and Ergonomics Society’s (HFES) Best Paper Award winner at the eighth International Conference of Naturalistic Decision-Making. 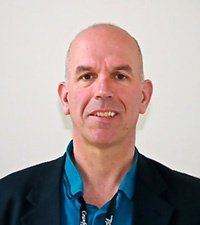 Pete’s specialisms include the use of unmanned air systems to assist in accident investigation and he is keen to develop new and innovative techniques for investigating unmanned air vehicle accidents.

Pete also works as an aircraft accident investigator within the Military Air Accident Investigation Branch of the British Army. Passionate about aviation psychology and human factors, he is a member of the British Psychological Society and an accredited human factors specialist with the European Association of Aviation Psychology (EAAP). 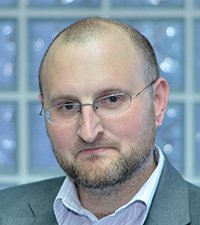 Before joining Cranfield University, Jim was a principal human factors engineer at BAE Systems Advanced Technology Centre, applying human factors in defence across air, land and marine domains. Prior to this, he worked as a human factors specialist at NATS (formerly National Air Traffic Services,) working predominantly on the introduction of the new medium-term conflict-detection tools in area control.

Jim has a PGCert in academic practice and is a fellow of the Higher Education Academy. He also holds a PhD and MSc in human factors, and a BSc (Hons) in experimental psychology. He is a chartered psychologist, an associate fellow of the British Psychological Society and holds BPS certification in ability and personality (NEO-PI-R) occupational testing.

Jim is currently working on research projects with BAE Systems through the DHCSTC Humans in Systems programme; with NLR through the Future Sky Safety programme, funded by the Horizon 2020 (Futuresky-Safety); and with Rolls-Royce through the Cranfield Aerospace Integration Research Centre (AIRC). Jim is also currently engaged in research with easyJet.

Joni is an aerospace systems research engineer specialising in unmanned systems. He uses and creates custom software solutions to understand the flight data of aircraft, to characterise their operations, and to predict changes to their health.

Colin successfully led international teams of scientists in the UK, Kenya, Syria and Nepal to deliver projects funded by DEFRA, DFID and the EU, while working at the Universities of Nottingham and Reading.

From 2005-2011, he was PhD Programme Director at Cranfield School of Management, overseeing the graduation of more than 60 PhD students. Colin provided strategic direction for the improvement of research supervision and academic processes, and diversified the supporting income streams. He spearheaded the University's REF2014 submission to UoA19 (Business and Management Studies).

He is currently investigating the effects of outsourcing on safety management with research funding from IOSH.

With more than 150 written outputs, Colin regularly publishes in high quality academic journals and regularly presents at international conferences. He is an enthusiastic supervisor of doctoral students, with 10 successful completions.

A number of leading organisations, including Siemens, Kuehne+Nagel, GSK, Network Rail, BT, Costains and Travis Perkins are currently involved in the study of investigating the impact of outsourcing on safety. They complement other organisations, such as Waitrose, Argos and Homebase, who were involved in Colin’s previous research into safety leadership. His research into the management of organisational change following extreme events or serious incidents has been in collaboration with local public sector organisations. 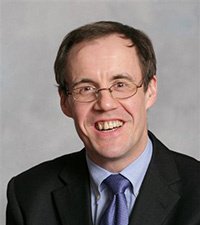 After graduating from Loughborough University in engineering science and technology, Simon served as an RAF engineer officer in the communications/electronics field. He studied for a master's degree in flight dynamics at Cranfield in 1994-95, and carried out his thesis at Delft University (Netherlands) under the ERASMUS exchange scheme. There followed a period as a software engineer at Goodrich Aerospace, after which he returned to Cranfield. The three-year research project to develop methods for the safety assessment and reliability prediction of helicopter transmission systems formed the basis of Simon's PhD thesis. He then worked for an engineering consultancy, where he spent four years in safety and reliability assessment on the West Coast route modernisation project for Network Rail and Virgin Trains.

In 2004, Simon returned to Cranfield. He is a chartered engineer and member of the Institute of Mechanical Engineers.

Cengiz started his career as an aircraft maintenance engineer and worked in different airlines and maintenance organisations, both in Turkey and in the UK. Holding aircraft maintenance licenses from Turkish, American and British National Aviation Authorities, he worked as a certifying engineer for ten years. Subsequently, he worked as a quality auditor/engineer for SR Technics UK Limited (formerly FLS Aerospace UK Ltd) until 2005. Then he worked as a quality engineer for Flightline Limited, a charter operator in the UK, before taking up the position of continuing airworthiness post holder for the same airline. In 2008, he joined City University London as a senior lecturer, and also started working as a part-time IOSA (IATA operational safety audit) auditor at Wake QA Limited, an accredited audit organisation.

In September 2015, Cengiz joined Cranfield. He holds a BEng (Hons) in aircraft engineering from Kingston University and an MSc in air transport management from City University London.

Cengiz has been chairing the Technical Committee of the International Federation of Airworthiness (IFA) since 2011 and became the technical director in 2017. He also represents City University London in the UK Flight Safety Committee (UK FSC) and recently joined the executive board of the UK FSC as the vice chairman. He represented IFA in the European Commercial Aviation Safety Team (ECAST), which was a part of the European Strategic Safety Initiative and a collaborative forum between the regulatory authorities and the industry stakeholders. He continues to participate in Commercial Air Transport Collaborative Analysis Group (CAT-CAG), which is the sucessor of ECAST.