The recent light aircraft accident causing the tragic passing of Argentina and Cardiff City football star, Emiliano Sala, highlights the importance of Accident Investigation in sport more than ever.

Over the past couple of years alone, this incident is one of three that stands out most in the world of soccer. As someone who is relatively new to the subject of accident investigation – and as a football fan – I followed the below examples in the news quite closely, so have decided to dig deeper to find out the causes of these accidents, and how they might be prevented in the future.

This accident is the most recent of the three, with investigations still ongoing and accident investigators preparing to release their initial findings into the tragedy.

Two weeks later, the wreckage was found on the seabed of the English Channel. Whilst Sala’s body was recovered, sadly Mr Ibbotson’s remained unaccounted for, with searches ceased.

So, how and why did the accident occur? Well, an initial report is due to be released by the UK Air Accident Investigation Branch this week, which will focus on the initial factual findings. The AAIB spent four days at the crash site after the wreckage was located, with many images captured using underwater remotely operated vehicles. These images will help to form a picture of what might have caused the aircraft to descend into the English Channel, but this could take up to 12 months.

The initial report is due to be published on 21 February, exactly one month after the accident initially took place. However, the crash investigation will ultimately be hampered by the lack of access to the wreckage, with investigators also looking at things like the weather conditions at the time, the maintenance history of the aircraft and whether the pilot was appropriately licensed to operate the aircraft. All of this can be done without access to the aircraft.

Last year, after taking off from the King Power Stadium pitch in Leicester – shortly after their football match with West Ham – Vichai Srivaddhnaprabha’s (owner of Leicester FC) helicopter crashed in the club’s car park, killing all five on board, including Srivaddhnaprabha.

Leicester’s owner left every home match in his helicopter, which in this instance, failed to respond to the pilot’s pedal commands moments before it crashed to the ground.

After making four successful flights earlier that day, black box data revealed that the aircraft “yawed to the right” when the pedal should have steered it left. The Air Accident Investigation Branch (AAIB) released a special bulletin which stated that they would focus on the helicopter’s tail rotor control system – which safety agencies have insisted are checked on similar models – the AugustaWestland AW169 and AW189, manufactured by the Italian aerospace company, Leonardo.

Evidence from the black box recorder recovered from the debris showed that at 20:37 on 27 October, the helicopter climbed to 320ft from the centre of the football pitch – before retracting its landing gear. Still under control, the helicopter rose further into the air, before its nose turned right – instead of left – as anticipated by the pilot. The helicopter then began its descent from 430ft “with a high rotation rate”, before crashing in an upright position on the steps next to the King Power Stadium car park, its landing gear still retracted.

The helicopter was engulfed by flames, with investigators reporting that much of the airframe was “almost completely consumed by fire”, with emergency services and stadium staff being unable to approach the blaze to help victims.

Forensic examinations of the wreckage and data from the flight recorders continue at the AAIB’s headquarters, with the investigation likely to continue through till the end of 2019, as the “apparent loss of yaw control” was yet to be determined, according to the AAIB.

Human error is now one of the most common causal factors in accidents, thanks to improvements in technology and reliability of equipment. However, some accidents are the result of design flaws or technical failures. The investigation into this particular case suggests a technical failure which the pilot had little chance of recovering from. 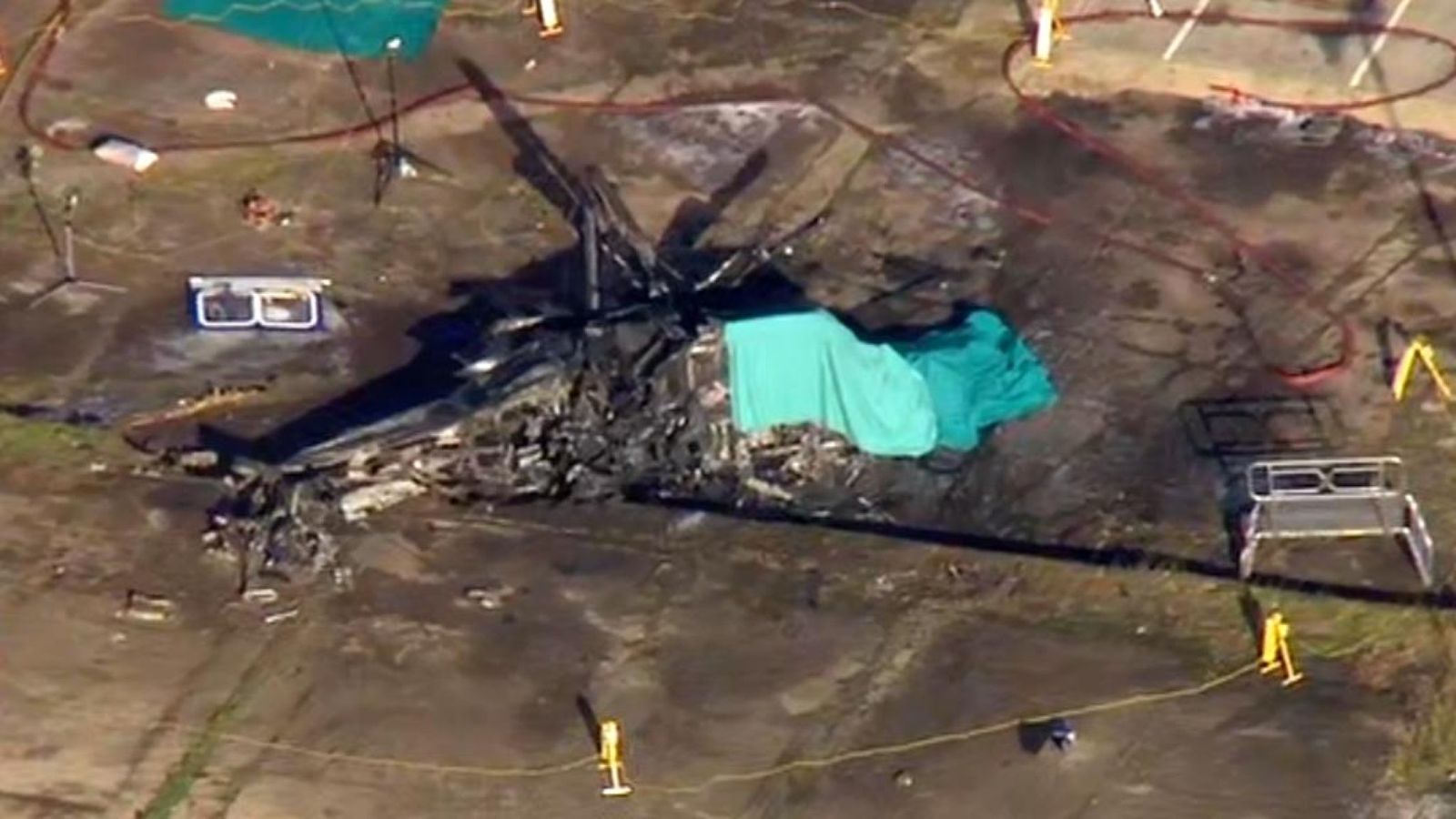 After a successful decade progressing through four national divisions, the club from a small town in Southern Brazil, Chapecoense had reached their first continental final since 2013.

However, as the plane approached Medellin airport, where the team were set to play Atletico Nacional at their Atanasio Girardot Stadium in the first leg of the final, the Avro RJ85 crashed, tragically killing 71 of 77 passengers.

The source of the crash seems clear enough. The Avro RJ85 was operating at its maximum limit of its fuel capacity, and should have refuelled between Santa Cruz de la Sierra in Bolivia and Medellin.

But that, it turns out, was just one of the problems. As the story began to unravel, it was reported that the pilot also failed to declare an emergency after the fuel levels became critically low.

The airline, LaMia, who had recently established themselves as a specialist in transporting football teams around South America, and the Bolivian authorities, should also not have let the aeroplane take off with the flight plan submitted. According to Freddy Bonilla, Air Safety Secretary for Columbia’s aviation authority, the agency’s initial conclusions were based on the aircraft’s black boxes and other evidence.

Ultimately though, the main cause was human error, as the plane took off without enough fuel to complete the flight safely. When the pilot requested priority to land in Medellin – just six minutes before the accident took place – the plane had already spent two minutes with a motor shut off.

The final report was released in April 2018 – 17 months after the accident took place – and can be found here. 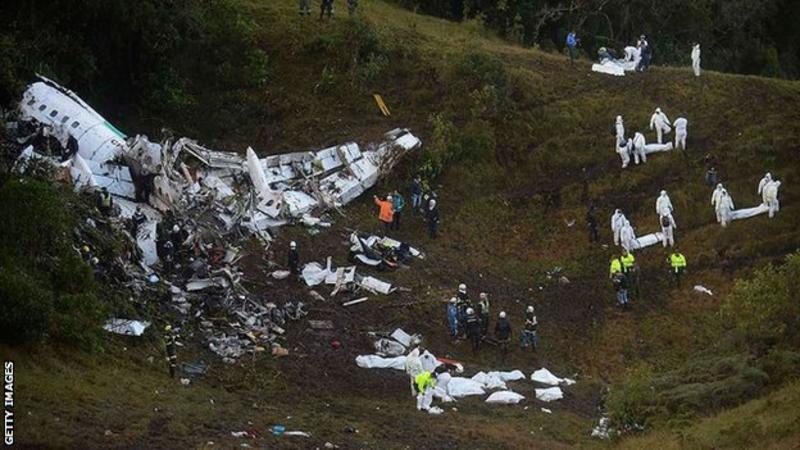 So, why do accident investigations take so long to report on?

In reality, it’s because there is so much to report. To begin with, Accident Investigators have to collect a wide range of evidence, including interviewing witnesses, examining the wreckage, collecting relevant documentation, obtaining radar recordings and much, much more.

Once the evidence has been compiled, that’s when the analysis can begin. Here, investigators build a timeline of events to try and understand what went wrong and why, to produce recommendation for safety improvement. Whilst this takes place, the investigators also have to liaise with aircraft manufacturers, regulators and families of those involved.

Before it can finally be published, a draft report on the event must then be sent to stakeholders for comment.

Could the accidents have been prevented, and will new rules and regulations come into play?

Almost every accident that has taken place involving an aircraft could have been prevented.

That is the job of the investigation; to learn what happened and work out how to prevent it happening again. Exactly what those preventative measures are depends on the circumstances of the particular accident.

If you are interested in studying a short course in Safety and Accident Investigation, we have a number of courses coming up during 2019:

You can find a full list of all related courses here.