Just over three and a half years ago, Zuzana discovered Cranfield University following her husband's recommendation to take flying lessons there. A couple of years later, after her first visit, she started to work for the university as an Admissions Assistant

After 15 months in the role, she decided to completely change her career path and embark on the challenge to study a full-time Master's in aviation in 2018.

A change in career path

The change of career path might seem a little different to the usual Cranfield University candidate, but proves that if you aim high, you can always achieve your goal.

After completing a BSc in Psychology with the Open University, “which was funny because I used to say that the OU made you travel around the UK, which was ironic”, said Zuzana, “as the university doesn’t have a base which means you study at different universities”, the recent graduate went into a career in mental health and care so she could use the knowledge that she had learnt from her degree. But, after a car accident, which meant that she needed to re-think her line of work, Zuzana started a new job at Cranfield University, which she found out about through her husband, as an Admissions Assistant.

However, her passion for aviation began long before coming to Cranfield. In unusual circumstances, it started during her honeymoon when she travelled in various aircraft – an Airbus A380, Boeing B777 and Boeing B747. Zuzana also flew to New York and visited the Intrepid Air, Sea and Space Museum, where she had the opportunity to see Concorde up close.

“All of those different types of planes I thought were quite interesting, so I wanted to find out more. I’d always liked Concorde, and started to watch crash investigation programmes and talking to people with a similar interest.”

"When I got back from my first flying lesson, I went on my laptop and started to research Cranfield and thought it looked like a really cool place..."

Having shown interest in aircraft during their honeymoon, Zuzana’s husband suggested that she take her new interest one step further – learning how to fly an aeroplane – which is how she initially found out about Cranfield. The university, which she didn’t realise existed after living in Milton Keynes for eight years, would soon become a key part of her life.

“When I got back from my first flying lesson, I went on my laptop and started to research Cranfield and thought it looked like a really cool place, that they do some really interesting stuff – and that maybe one day I could go there. Three and a half years down the line, here I am!” 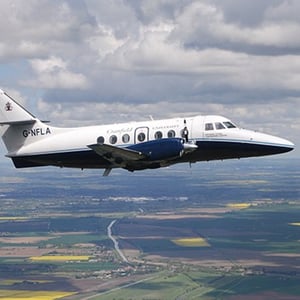 After a few flying lessons, Zuzana began working as an Admissions Assistant at Cranfield University, spending her lunch breaks in the Whittle building looking at the engines, going to the airfield to see what planes were there, or visiting the hangars. It was at this point that she began to strongly consider studying at the university, chatting to some of the students who all told her how much they loved the course.

What really stood out was one of the students said: ‘I just love getting up every morning and doing something I love. Then everything just seemed to click into place, and it was at this point that the then Admissions Assistant decided to take the plunge. The process of applying to study the master’s in Safety and Human Factors in Aviation was a quick one as everything happened within a space of two weeks.

“One day I was here as an employee; three days later I was a student. It was like a new chapter.”

"The Safety and Human Factors in Aviation MSc is demanding"

Something that has really helped Zuzana adjust to the swift switch from admissions to aviation has been the people on the course, and the variety of the modules. Cranfield has a variety of students, academics and experience that can be shared. 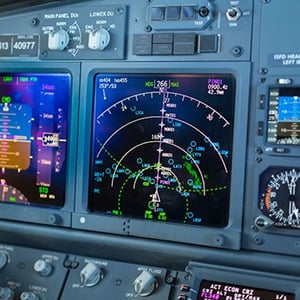 Course Director, Dr Jim Nixon said: “The Safety and Human Factors in Aviation MSc is demanding. Our students need to learn in many different ways across a range of subjects that draw on engineering and psychology. Developing critical thinking in addition to knowledge is key to effective practice in human factors and safety. One of the best things about the course is the diversity of educational backgrounds. Students can learn from one another as well as from experts. Certainly I learn constantly from the questions that students ask and the experience that they bring to the course as a whole”.

The Safety and Human Factors in Aviation MSc is an intense one, but Cranfield’s courses are designed to give students a good grounding for a future career in their chosen field. And as with any master’s course, there can be students who have been studying the same subject for two, three or more years, so they will know more than someone who has just started learning about the theme.

“If you don’t understand something, someone is always happy to sit down with you and explain – teach you the basics of things like airworthiness – so that next time you come across it you know what’s going on!”

So, what are Zuzana’s plans once she has completed her master’s degree? You guessed it – working in aviation, of course! But she hasn’t completely closed the door on phycology due to her nature of helping people out; so watch this space.

If you are interested in studying a Safety and Human Factors in Aviation MSc, you can find out more here.