How long do pilots really spend on autopilot?

It’s 70 years since Captain Thomas J. Wells of the US Air Force and his crew made the first transatlantic automatic flight. Captain Wells taxied the Douglas C-54 Skymaster to the end of the runway at Ernest Harmon Air Force Base, Newfoundland, and pressed the master switch button to initiate take-off. No further human input was made until after the aircraft landed at Brize Norton airfield in the UK.

Fast forward to 2018 and you’ll find that a typical airliner will be flown manually during take-off and usually landed manually, if the visibility at the arrival airport is OK. But what about the period in between? For how long is the autopilot engaged during a typical flight?

Autopilot: what flight data tells us

This data is usually very similar to the data recorded on the "black box" flight data recorders used for accident investigation, and can contain thousands of parameters recorded every second during every flight. In amongst all that data are parameters relating to the autopilot.

Here at Cranfield University, we have data from hundreds of thousands of flights available to us for research and teaching on our Flight Data Monitoring course. From this data, we can see what happened during the flight, including how long was spent in the air with the autopilot engaged or disengaged.

We took a sample of one year’s worth of data from a fleet of Airbus A319 aircraft, totalling around 14,000 flights. This particular fleet was involved in mostly short-haul flights with an average airborne flight time of just under 72 minutes. The graph below shows the distribution of flight times: 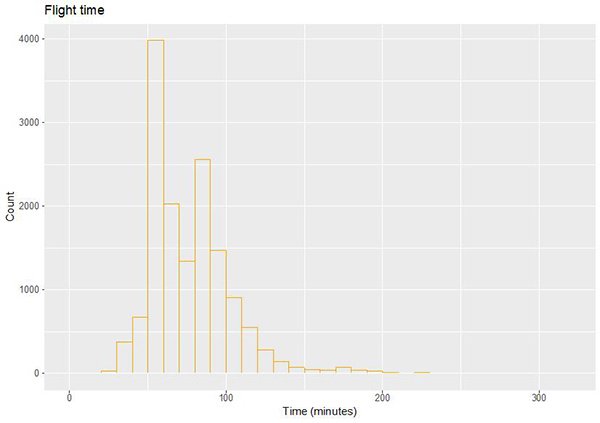 We then extracted the total time with the autopilot disengaged from each flight and the resulting distribution is shown below: 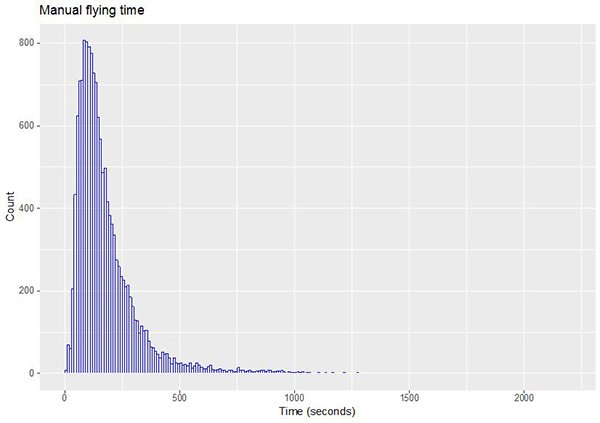 The graph shows a large number of flights on the left-hand side, with a long thin tail to the right. The tail represents the more unusual flights, some of which were training flights, others where the autopilot was disengaged for technical reasons, and those where the pilots maybe decided to practice their manual flying skills.

95 per cent of flights had less than 440 seconds (seven minutes, 20 seconds) of manual flying, as shown in the graph below: 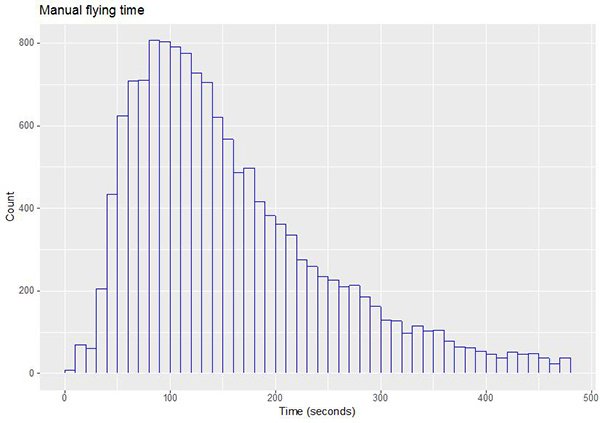 Nearly 80 per cent of flights had just four minutes of manual flying. Note that this period includes time after take-off as well as before landing.

Is this a bad thing? Well there is some debate about whether pilots are losing their manual flying skills due to the prevalence of flight deck automation. However, there is also an argument that increased automation reduces pilot workload and therefore allows pilots to monitor more effectively. Even with the autopilot engaged, the pilots will still be busy, so being able to offload the manual flying task to a computer allows the pilots to have better situational awareness of things such as navigation, other traffic and the status of the aircraft.

It is difficult to quantify how many accidents have been prevented by flight deck automation - however, with each new generation of aircraft, which typically has more automation than the previous generation, we see a step change in safety. Of course, automation is not the only reason for those step changes, but it’s likely to be a strong contributor.