Is increased visibility key for a successful search and rescue at sea?

Those of a certain age will remember the 1985 public information film ‘Get Yourself Seen’. The advert demonstrates different ways to improve the visibility of cyclists – predominantly children – who would have just learned how to ride a bicycle.

This advertisement, with its frantic soundtrack, underlined the importance of being visible to other road users, and preserve personal safety.

The idea of painting your bike white as recommended in the advert now seems old-fashioned, as there are various ways that cyclists increase their visibility today. Coloured lights, flashing lights and highly reflective materials are now available at a very low cost, and can all play their part in making a cyclist stand out to other road users.

Similar methods are used across other transport systems. The North Sea’s oil and gas operations have seen passengers on transport helicopters using a variety of ways to improve the chance of being rescued in the event of an accident at sea. Colourful suits are worn with reflective tapes at key points across the body. Lights and electronic locator beacons are then used to make sure that any passenger in the water, in the event of an accident, has the best chance of being seen and rescued. Rescue at sea is time-critical and the faster somebody can be rescued, the better the chance of survival.

You would think that aircrew could benefit from all this high visibility kit. However, highly reflective surfaces – let alone lights or lighting – can lead to glare in the cockpit of an aircraft. Glare can lead to discomfort, and if extreme enough, can obscure a pilot’s view out of the windows or of the instruments. This means that simply adding reflective materials or making the flight suits brighter and brighter is not a viable option.

We're helping to solve the problem

Cranfield University is currently working with Bristow Helicopters who provide the UK Search and Rescue Capability. The project is for the European Aviation Safety Agency (EASA) to examine whether there are ways to improve the visibility of aircrew without impacting on safety – by reducing glare and unwanted reflections in the cockpit. With the help of flight-suit manufacturer: Survitec, and reflective tape manufacturer: Orafol, different types of reflective material have been trialled both in the cockpit and at sea.

Dr Jane Hodgkinson led these trials, and we made some unexpected discoveries. Many of the Orafol tapes designed to reflect visible light deliver effective retro-reflectance in the infra-red spectrum as well. So we are investigating whether this property of the material could be used in search, by using the infra-red light sources on the new Bristow aircraft. 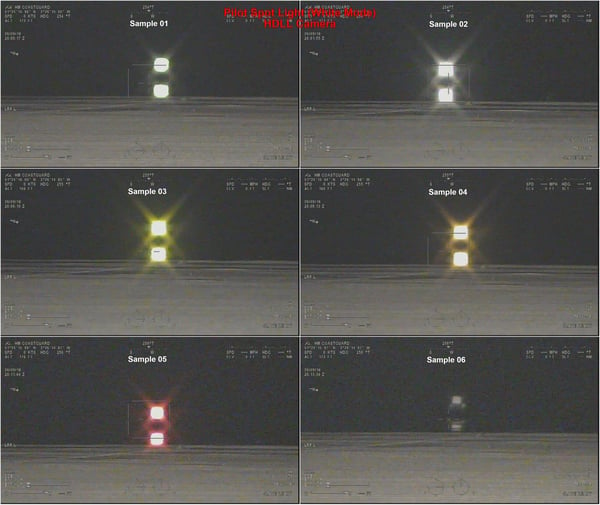 In the cockpit reflectance trials, photographed below, a number of different types of material were evaluated by aircrew in the aircraft. Dr Chris Bennett, in the photo below (right) helped to carry out the trails alongside Bristow test pilot, Al Dale (below, left).

He said: “The trials aimed to find out, from a pilot’s point of view, whether adding more reflective material to their flight suits would lead to distraction in the cockpit. The experienced crew at St Athan airfield tried out the proposed suit designs and gave feedback.

“In general, pilots preferred the orange reflective tape as it has the least colour contrast with the orange immersion suit. Despite a small increase in the level of reflection in the cockpit in some lighting conditions when using additional reflective material…pilots acknowledge the potential benefits...” 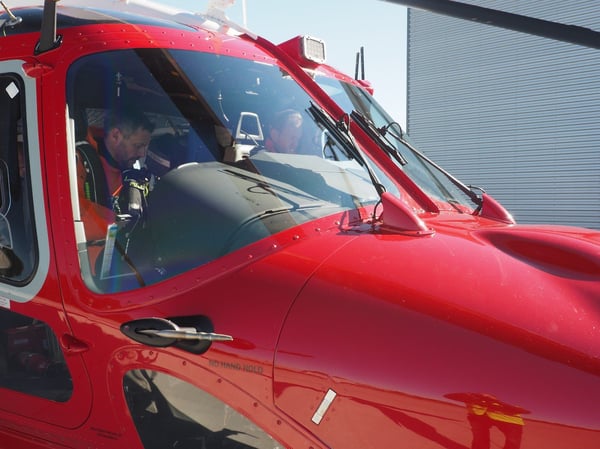 During sea trials, a life-sized dummy – affectionately known as ‘Dead Fred’ (you can see Fred floating in the photo below) – was dressed in a modified suit and tipped into the Bristol Channel, to be rescued by the St Athan team, as part of their training activities. The SAR team conducted a search along a predetermined flight path, trying to locate Fred by using the different camera types and light sources on board the aircraft. 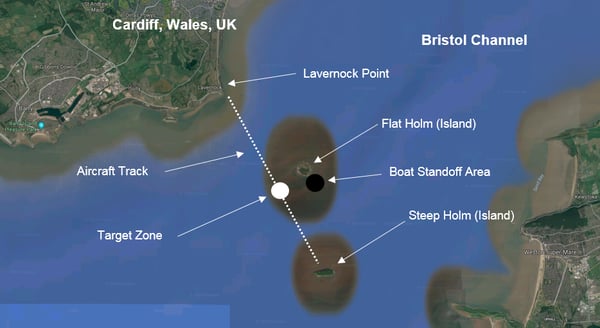 Moving forward, we will continue to trial various methods and materials at sea to properly assess the modifications made to the suits. We are still early on in the trials which necessarily demand a lot of setting up. We will also need to carry out the trials in different weather conditions – during both the day and night – to move the work forward.

These activities are planned for early 2019. Collecting this data will give context to the existing regulations, demanding that aircrew have the best possible visibility in a rescue scenario.

To find out more about what it might be like to study a Transport Systems CPD course at Cranfield University, check out the video below.