What is the future of remote tower operations?

The initial concept of remote tower operations was started by a research proposal of a virtual control tower over 20 years ago. The paradigm will allow air traffic services (ATS) to be delivered remotely without direct observation from a local tower. Remote tower operations developed slowly during the early stages but, in recent times, have taken a leap forward with some single airport virtual tower operations.

The feasibility of controlling two airports in parallel was successfully demonstrated by the research project of Cranfield University, in cooperation with the Irish Aviation Authority, using Saab Remote Tower Systems. 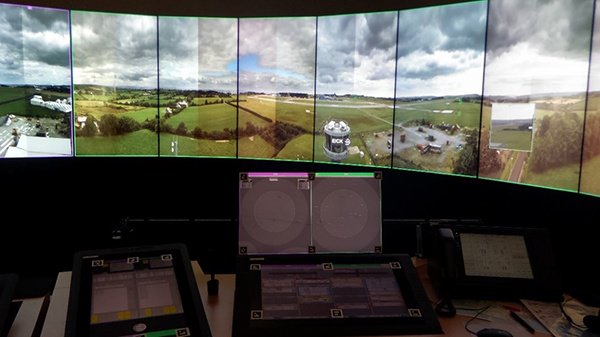 ATCOs working in remote towers would be supported by OTW, RDP and EFS displaying aircraft and the airfield environment (Ellis & Liston, 2016). It is likely that ATCOs’ monitoring performance is influenced by the system design of the remote tower centre (RTC) and the performance of multiple tasks simultaneously would require the sharing of cognitive resources of the controllers. The concept of distributed cognition seeks to understand the structure of the cognitive system and extends to encompass interactions between resources and information in the operational environment (Hollan, Hutchins, & Kirsh, 2000).

The current multiple remote towers project was sponsored by the Single European Sky ATM Research (SESAR) programme. This research will contribute to the objectives for in-sequence and simultaneous remote provision of ATS for multiple aerodromes, as outlined in the Operational Improvement Step (OIS) SDM-0205, linked to the SESAR Work Package (WP) 06.09.03 of the EU ATM Master Plan.

The concept of an advanced remote tower was developed for airports with fewer than 25 movements at the mean busy hours, with a mix of visual flight rules and instrument flight rules (Saab AB, 2010). This activity falls under SESAR Operational Step 3 (ATM Service Level 4), the timeline shown as figure 2. 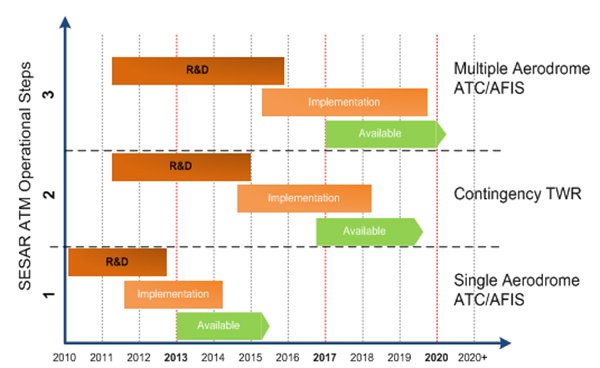 The cost-efficiency of remote tower operations

Over 75 per cent of regional airports with lower than one million passengers are currently making a loss. The cost of ATC services presents the major portion of a regional airport’s overall operating costs. Operational services at regional airports are similar, so the costs could be shared by relocation of the ATC function of two or more airports to a shared facility of multiple remote tower operations. The introduction of the paradigm is mainly driven by cost efficiency to reduce ATS operational cost. However, the SESAR assessment report of remote tower operations for multiple airports added additional safety specifications as requirements (Ziegler, 2016).

The analysis of the total costs of building and operating a physical tower, as compared with the costs of remote towers, demonstrated that the latter reduces costs significantly on building the infrastructure and on operational manpower by £1.3 million per year (table 1). Furthermore, the Federal Aviation Administration (2012) revealed that the construction of a single control tower under federal contract might take three to five years and cost $4.2 million, plus the average annual operational costs and maintenance costs of $185,000 and several hundred thousand dollars for annual controllers’ compensation.

The visual presentation of remote tower systems in relation to the HCI functions shall not exceed the 1,000 millisecond of end-to-end delay in order to fit the requirements of safety assessment (European Aviation Safety Agency, 2015a). The results of eye-tracking data analysis demonstrated the average fixation duration on OTW (201 ms), EFS (310 ms) and RDP (219 ms) for the scenario of aircraft in sequence departing and landing at Cork airport (figure 3). Eye movement parameters were identified for low density aerodromes with simple scenarios for the application of the remote tower concept. There is a need to conduct further investigation of ATCOs' visual attention related to situation awareness and HCI within the remote tower module. The project team concluded, therefore, that there was no adverse impact on safety while conducting the remote tower trials from the RTC and conditions for the grant of project acceptance by the NSA were successfully maintained.

The live trial exercises demonstrated that the ATS provided by the RTC for a single airport and two medium airports by a single controller with "in-sequence" and "simultaneous" aircraft operations was at least as safe as the ATS provided by the local towers at both Cork and Shannon aerodromes. No safety occurrence was reported, nor did any operational safety issue arise during the conduct of the fifty live trial exercises. 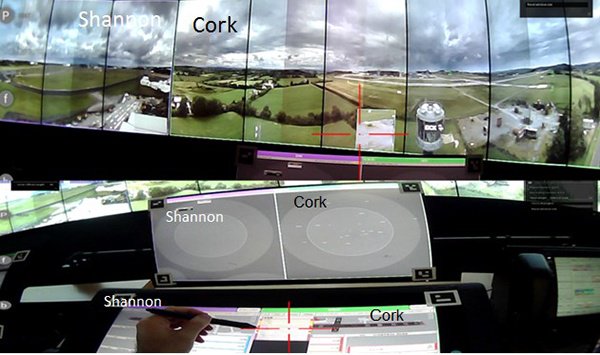 Figure 3. ATCO’s fixation duration on the EFS and OTW with PTZ recorded by eye tracker to investigate HCI functions and human performance on RTM.

The control of a single local tower with both SMC and AMC positions from an RTC was applicable for the levels of traffic in the exercise scenarios. One of the live exercise’s "in-sequence" presentation of traffic posed no problems for the controller’s workload when controlling both Cork and Shannon AMC position. In advance of the positions being combined there were seven scheduled arrivals to the two airports, in addition to a number of VFR aircraft. This traffic situation initially increased the ATCO’s workload in combining and performing two AMC roles. While the provision of remote tower services for multiple remote towers was predicted to increase efficiency by 60 per cent at some locations, there may be trade-off effects by increasing ATCO’s perceived workload.

For future application, workload capacity must be monitored to ensure that unplanned pop-up aircraft, such as search and rescue helicopters, can be accommodated without delay. However, even with the protections outlined above, there were a number of occasions where there was a delayed response (< 60 seconds) to a vehicle and two occasions where an aircraft was slightly delayed because the controller was dealing with traffic at the other aerodrome.

Air traffic control is a complex cognitive task - it involves perceiving information, processing information and decision-making. A number of human performance issues were anticipated and encountered during the trials - e.g. the operation of new equipment and associated HCI - and some which were not anticipated, such as the level of noise in the RTC when a single controller was operating four frequencies and monitoring an additional two frequencies. 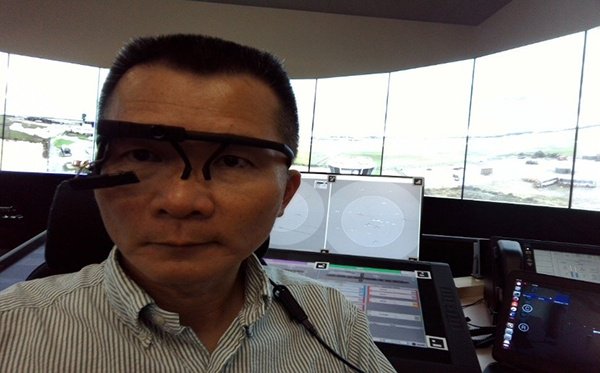 Figure 4. Cranfield participated in the safety and human performance assessment on multiple remote tower operations for the regulator’s certification processes.

Multiple remote tower operations might be a good solution for increasing safety and capacity of ATS at small/medium airports - there was, however, a trend of increasing the ATCO’s workload compared to local tower operations. There is a requirement to address the issue of controllers’ perceived workload for performing MRTO by training, staffing, designing new standard operating procedures or interface design (European Aviation Safety Agency, 2015b; SESAR Joint Undertaking, 2013, 2015), as workload can negatively affect a controller’s situation awareness and increase the potential for error. However, suitable human-centred design can significantly improve controllers’ situation awareness and reduce their cognitive workload, thereby increasing capability to process information.